Do you have some extra time on your hands now that the kids are back in school? We have a lot of new movies for you to enjoy!

Our Team has also added new seasons to these shows:

And a brand new show to enjoy:

Don’t forget to get your laughs in this week, as well:

New Movies for you to enjoy:

We have also added a new show:

And a new Dry Bar Special:

Please don’t hesitate to send us an email at support@vidangel if you have any questions or concerns. We’re always happy to help!

We’ve been busy getting new shows and movies for you to watch and enjoy!

If you have any questions or concerns, please feel free to send us at email at support@vidangel.com

Calling all Sci-Fi lovers! Here’s a brand new show for you to enjoy!

We’ve also added more seasons to a couple of shows:

And here are a couple of new movies, also:

And something brand new that we’re excited to bring to you:

Let’s not forget our awesome Dry Bar Comedians! We’ve added two more for you this week. Our new season is coming up in less than a month, so take some time to get caught up here:

If you have any feedback for us or questions we can help you with, please send us an email at support@vidangel.com. We’re always happy to help!

With the end of July here, and the summer’s end in sight, don’t forget to take some time enjoy our newest additions!

Bengt Washburn: He may not be famous, but he sure is funny!!

We’re excited to announce that we’ve got three new ways for our subscribers to connect and filter. You can now enjoy and filter content from Starz, Showtime, and CBS All Access through Amazon Prime Video Channels.

All three of these premium channels have special pricing available on Amazon until July 28th, so now is the perfect time to subscribe and enjoy!

Starz customers will be able to filter dozens of titles on VidAngel including Outlander (all four seasons!), Venom, Spider-Man Homecoming, and Jumanji: Welcome to the Jungle.

If you’re not signed up for Starz through Amazon, click here to get started.

If you’re like us, you’ve been giddy to see The Twilight Zone for a while now. Well the wait is over! In addition to The Twilight Zone, CBS All Access customers will be able to filter great shows like Star Trek: Discovery (will be posted within a couple days), Blue Bloods, and many others (including Star Trek: Picard when it comes out in a few months).

Since many of these shows are new to us, our Filter Team is working like crazy to catch us up, so if there’s a show you’re excited to see, head to our website and vote on what we should filter next (to vote, just search for the title you’d like to see and click the “request filters” button).

If you’re not signed up for CBS All Access through Amazon, click here to get started. Important note: you’ll need the commercial free version to be able to connect to VidAngel.

Last but not least, Showtime customers can now filter popular shows like Billions (which was one of our most requested titles), Baby Driver, I Feel Pretty, Adrift, Den of Thieves, and many more.

Alright, guys. This should keep you busy for the weekend. Don’t worry, though. We’re not done yet. Keep an eye out in the coming weeks for more exciting announcements.

We’ve got a couple new movies that are ready for you to enjoy this week.

We’ve also added a new season for Grimm and a couple new shows that we hope you’ll be able to enjoy.

And, so you don’t forget to add some extra boosts to your happiness meter, check out these new Dry Bar specials!

Thanks for using VidAngel! Hope you have a great week enjoying your movies and shows!

New This Week to VidAngel!

Click below to find out more, add to your watchlist, and get watching:

As a father of 4 girls under the age of 5, my world needs a streaming platform that I can trust my little ones to enjoy while I grab a desperately needed 30 min Sunday nap. VidAngel is solving this problem, beginning with the release of Owlegories. 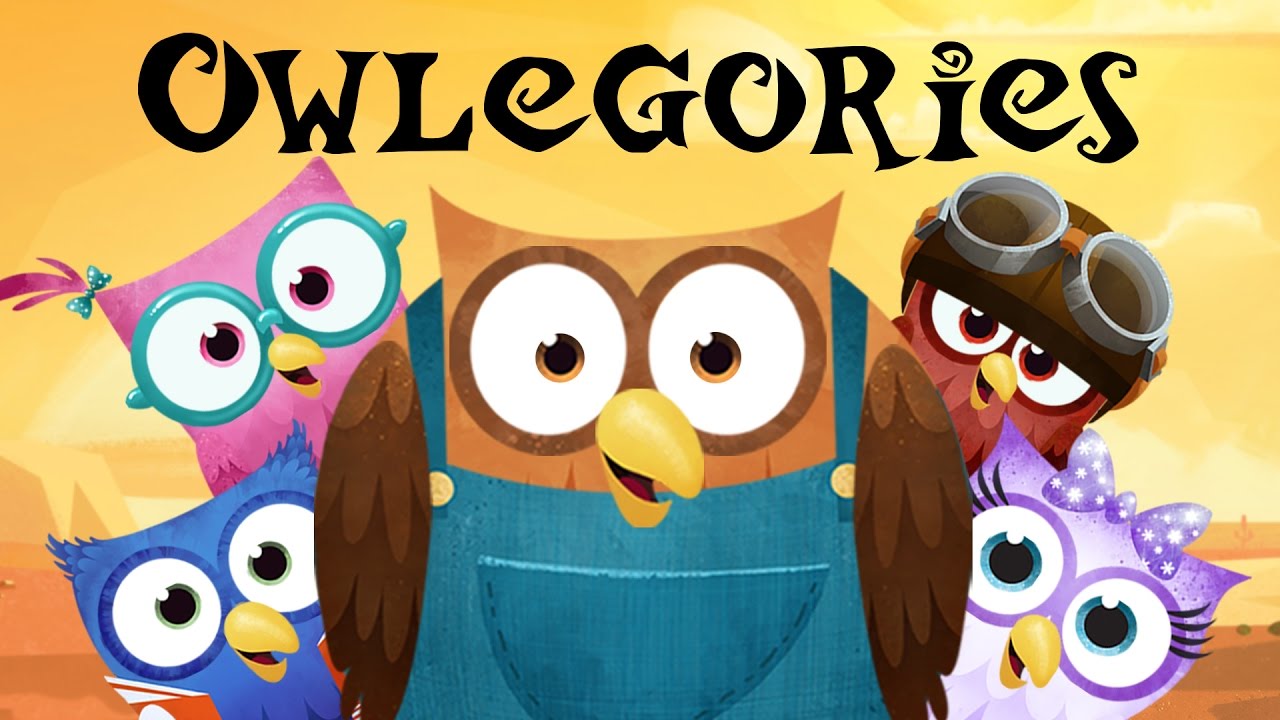 Owlegories is an amazing, animated series that follows a group of student owls on their adventures learning about nature, faith, and God. And my kids LOVE it…and I can TRUST it while I grab a nap.

I know my girls LOVE Owlegories because they now request “the owls”…even over Veggietales. And my wife and I are better parents because we get the much-needed Sunday nap without having to screen everything our girls watch.

This is the beginning of our effort to give parents of little children a break from the relentless needs of being a great parent without sacrificing your kids.

What features would help you give your kids a controlled TV experience that both you and they can enjoy? Let us know how we can continue to improve VidAngel for youngsters.

Struggling film studio The Walt Disney Company announced plans to be acquired by media juggernaut VidAngel Inc. after weeks of closed-door negotiations. Disney, whose quirky indie properties “Star Wars” and “Marvel Cinematic Universe” failed to expand beyond their cult followings, threw in the towel after years of poor financial performance.

“Sometimes you have to know when to quit,” said Disney CEO Bob Iger in a prepared statement, noting that the company’s recent expansion into theme parks had proved even more calamitous than its work in film.

The deal comes as no surprise to analysts, who long anticipated Disney’s inability to compete with streaming behemoth VidAngel.

Indeed, Disney filed suit last year, claiming that its financial prospects would be “irreparably harmed” by the much-larger VidAngel. Similar arguments were made by Disney’s co-plaintiffs, the struggling family-run studio Warner Bros., and low-budget independent studio Twentieth Century Fox, whose financial woes have prevented it from updating its name for the 21st century.

The lawsuit proved to be too little, too late for the cash-strapped Disney, thanks in large part to its bungling of the fast-growing online filtering market.

“It turns out they wanted to filter movies,” added Iger. “You live and you learn.”

Prior to accepting VidAngel’s acquisition offer, Disney’s dire financial straits had forced the studio to begin making movies using only a computer, resulting in such box office duds as Zootopia, Inside Out, and Frozen, Disney’s greatest failure to date.

A Disney representative declined to comment on the selling price of the company, though sources close to the deal report a price tag easily north of $1,000.

In retrospect, Iger conceded that building a full-scale castle had been “wildly impractical.”